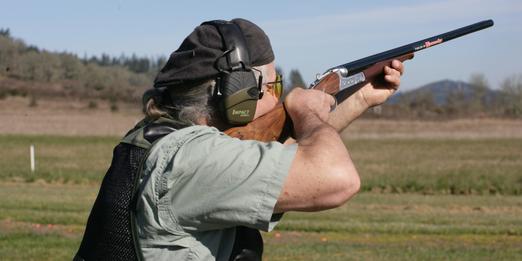 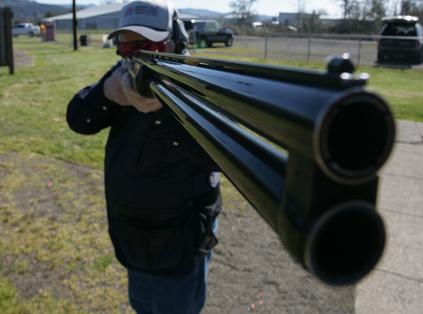 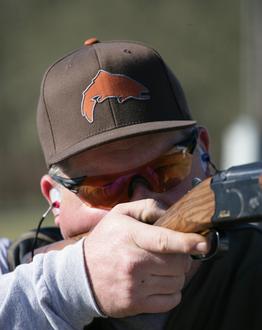 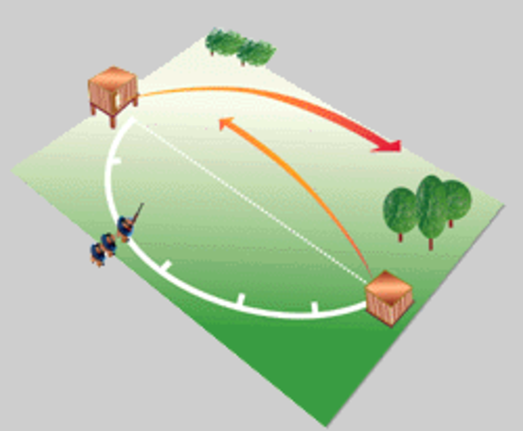 In 1920 in the town of Andover, Massachusetts, a small group of upland game hunters took to shooting clay targets as a means of practicing their wing shooting. As friendly rivalries started to develop amongst the group, a uniform series of shots were developed to keep the competition fair and even for all. It was from this crude beginning that the modern day version of skeet shooting developed into what is now an international sport practiced by hunters and non-hunters alike.

Charles E. Davies, an Andover, Massachusetts businessman and avid grouse hunter, is recognized as the inventor of the skeet game as we know it.
The word "skeet" is derived from the Scandanavian word for "shoot."Credit for naming the game goes to Gertrude Hurlbutt, a Dayton, Montana housewife, who in 1926 won a contest for naming the new game. Among the thousands of entries in the contest were "Bang" and "Bye Bye Blackbird."

Skeet Shooting today involves 10's of 1000's of people across North America and the world. There is American Skeet, International Skeet and English Skeet. Each form of Skeet Shooting varies slightly from the other.

If you want to shoot better in the field, enjoy a day at the gun club, or compete with the top skeet shooters in the world for honor and glory (notice that I left out money), then skeet shooting is a great sport.