Sporting Clays is a challenging clay target game designed to simulate field shooting. On a Sporting Clays course, shooters are presented with a wide variety of targets that duplicate the flight path of gamebirds, such as flushing, crossing, incoming and other angling shots.

Courses are laid out in natural surroundings and typically include five or 10 shooting "stations" with shooters moving from one station to the next to complete the course. Each "station" presents shooters with a different type of shot. At a "grouse station," for example, shooters might face flushing "birds" that zip in and out of the trees. At a "decoying duck" station, incoming targets may float in toward the shooter.Â

Most courses make use of natural features such as woods and ponds to create a realistic setting for each type of shot. At any "station," targets may be thrown as singles, simultaneous pairs, following pairs (one target right after the other), or report pairs (the second target launched at the sound of the gun being fired at the first).

To further challenge shooters, target size may vary from the standard trap/skeet clay bird to the smaller "midi" and "mini" targets, or a flat disc shaped "battue" target. There are even special "rabbit" targets that are thrown on end and skitter across the ground. 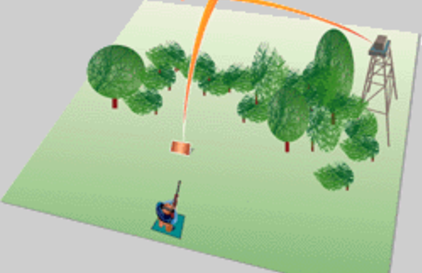 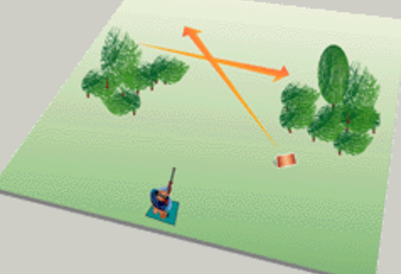