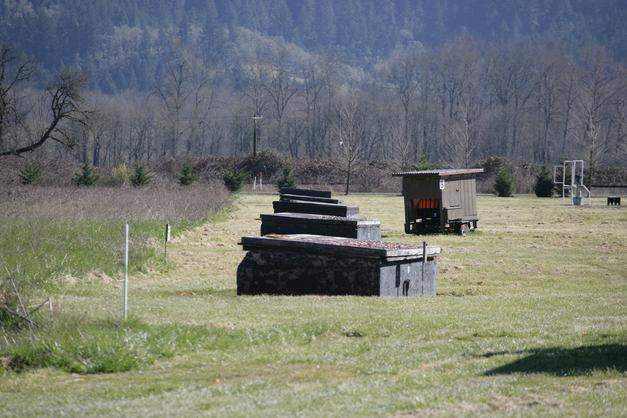 Trapshooting was developed in England late in the 18th century. The first targets were live pigeons, which were released from cages known as traps. The sport was first practiced in the United States early in the 19th century and was popular by midcentury in a number of areas, notably Cincinnati, Ohio, and the New York City area. In subsequent decades the scarcity of live pigeons prompted trapshooting enthusiasts in the United States to create ingenious artificial targets. The substitute targets first tried included glass balls filled with feathers and solid iron pigeons mounted on long metal rods. Platter-shaped clay pigeons were developed about 1870. The subsequent introduction of standard-ized traps facilitated nationwide competition. The first U.S. national championship match took place in New Orleans, Louisiana, in 1885.

The Amateur Trapshooting Association, with headquarters in Vandalia, Ohio, is the governing body of U.S. and Canadian trapshooting. Under its auspices numerous trapshooting competitions, notably the Grand American Handicap, take place each year. Trapshooting competition takes three forms: singles, handicap, and double-target shooting. In all three the targets are hurled from one trap, and 12-gauge shotguns are used. In singles shooting, contestants fire from a series of five stations located 16 yd (14.63 m) behind the trap. At a signal from the contestant, the clay target is hurled forward into the air, away from the firing line. In order to simulate the unpredictable flight patterns of birds taking wing, the targets are sprung out of the trap at various angles and in various directions. The clay pigeons rise to a minimum height of about 10 ft (about 3 m) and, unless hit, fall to the ground about 150 ft (about 45 m) from the trap. Champions often hit 100 out of 100 targets.


In handicap trapshooting, contestants possessing superior records must shoot from stations located 17 to 27 yd (15.54 to 24.68 m) behind the trap. The added distance, or handicap, enables trapshooters of only average ability to compete on equal terms with experts. In double-target shooting, the trap springs two clay pigeons into the air simultaneously in different directions. 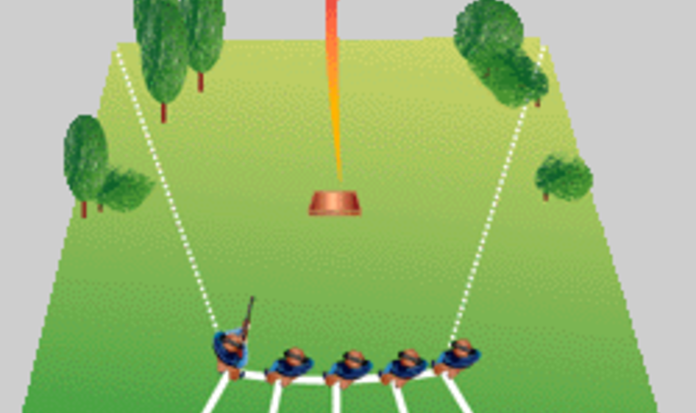