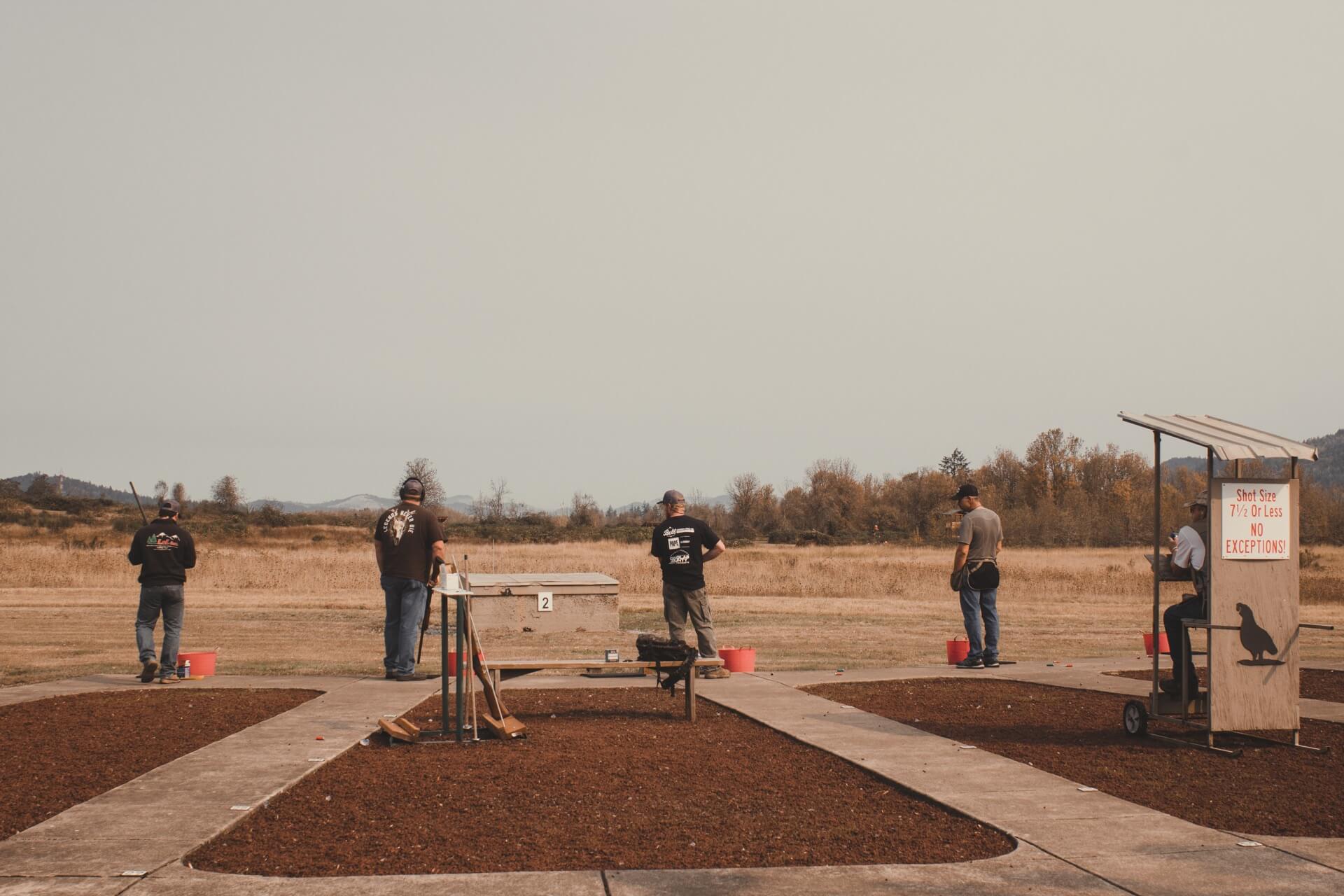 Trap Shooting in the Willamette Valley

In the game of singles trap, five shooters stand on a trap field sixteen yards behind a single house from which the targets are launched. Targets are of a constant height but vary in direction through a predetermined pie-shaped arc. Each contestant shoots five shots from each post, with 25 shots comprising one round.

Trap gets its name from the original English game where live pigeons were trapped under a hat, and pulling a string attached to the hat released the birds. Today, many shooters still call “pull” to launch the targets, which are often referred to as birds or clay pigeons. 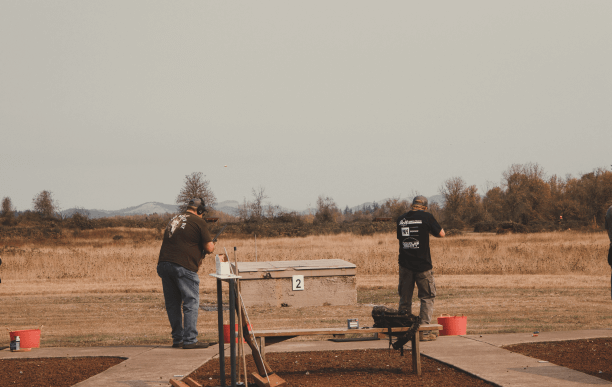 In handicap trap shooting, shooters stand at the 19 and 27-yard line depending on their ability. In double trap shooting, two targets are launched simultaneously, and the shooter shoots at one target and then the other. Wobbles trap shooting is a variation in which the height of the target is not constant. 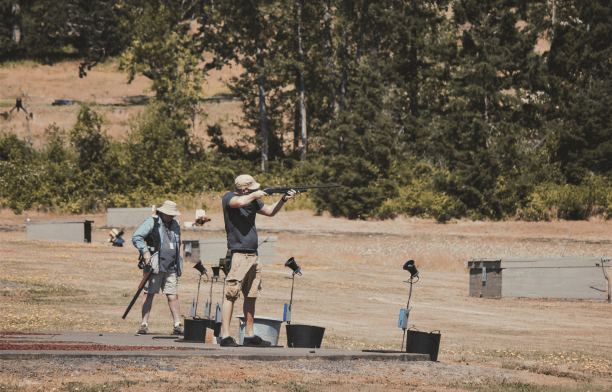 On most Tuesday evenings, our club hosts a fun challenge game such as “Annie Oakley” or “backer”. For more information on our shooting challenges, give us a call, or check out our event calendar. 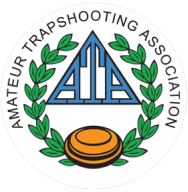 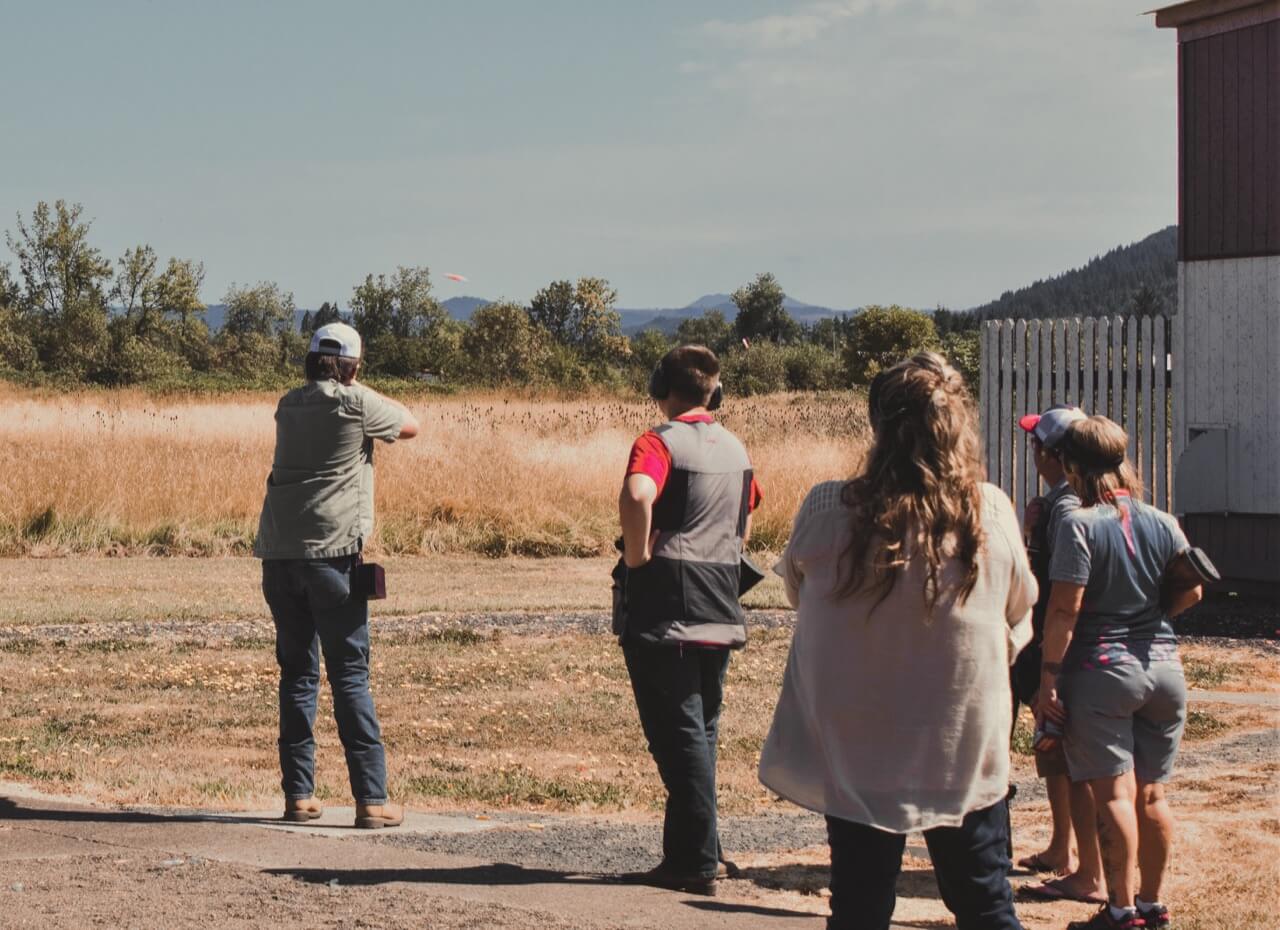 In 1920 in the town of Andover, Massachusetts, a small group of upland game hunters took to shooting clay targets as a means of practicing their wing shooting. 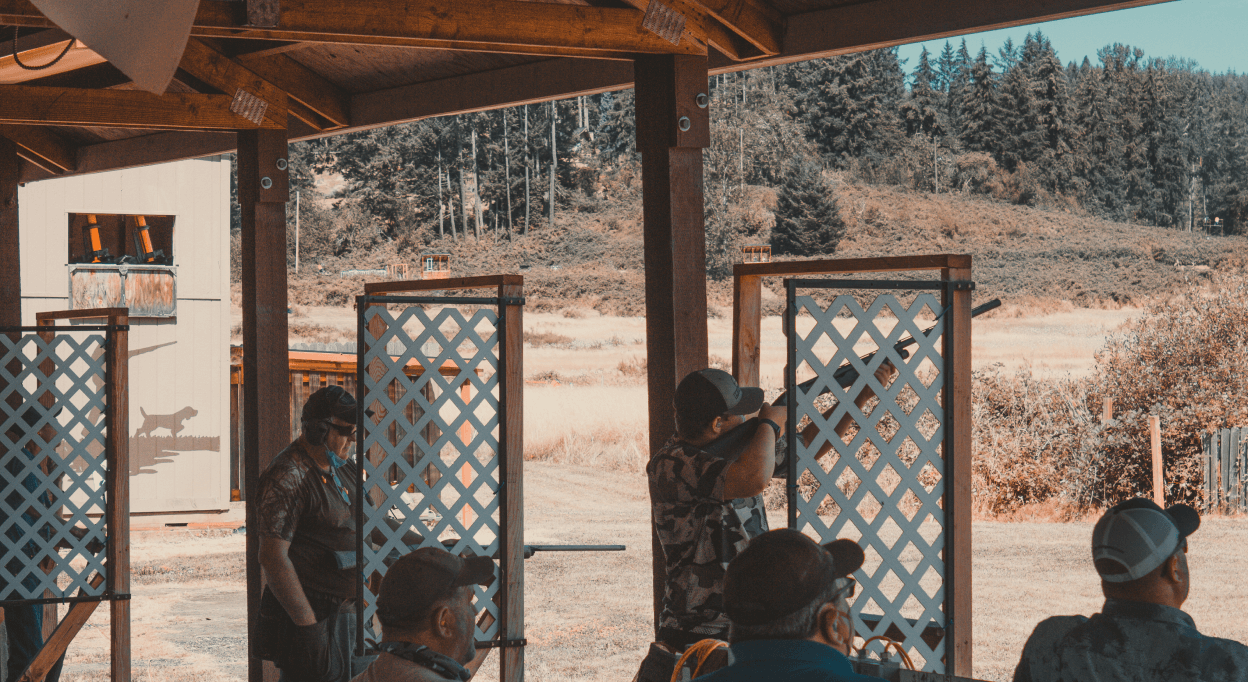 Five Stand is very similar to Sporting Clays in that a wide variety of targets are thrown. There are five "stands" or stations to shoot from. 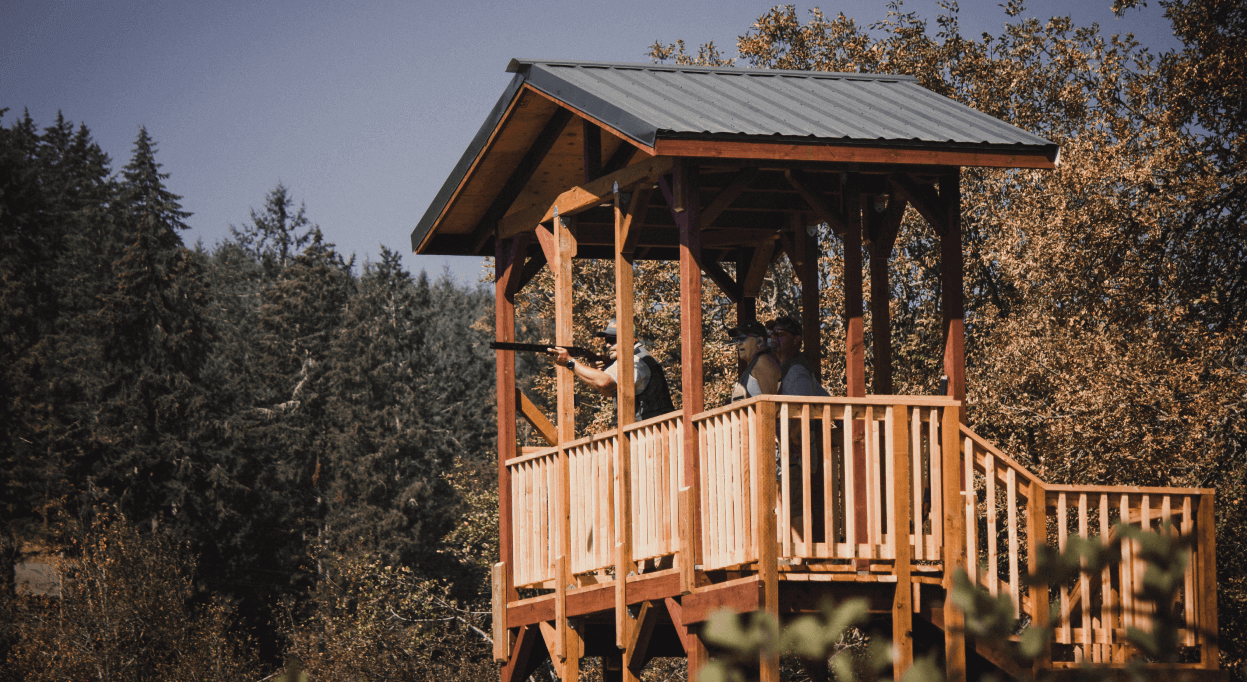 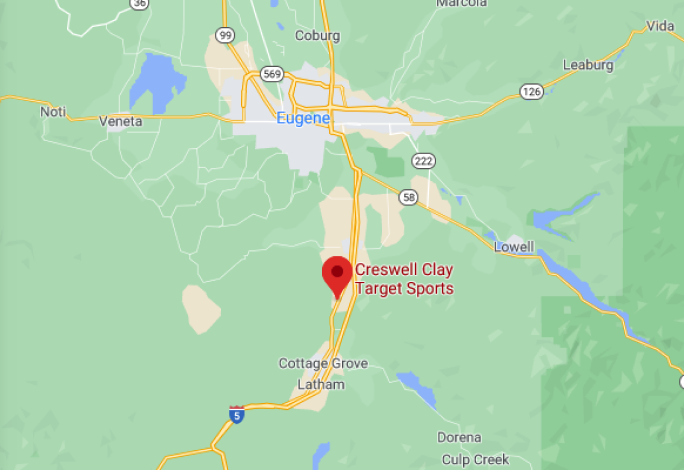